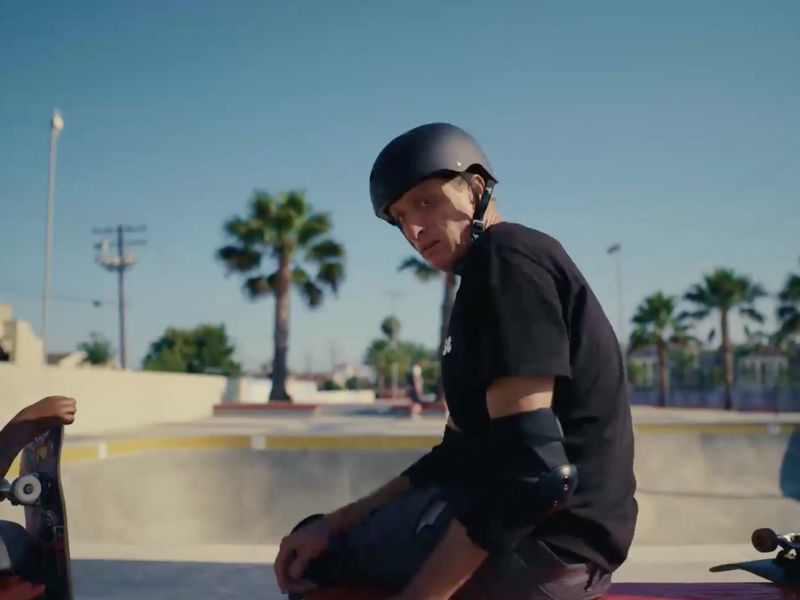 As with other brands’ Olympic pushes, the campaign gives significant air time to Hawk’s sport, which will make its debut at the Games in Tokyo. Along with the anthem, Hawk will also appear in a dedicated ad running midway through the games.

“We loved incorporating Tony because skateboarding is synonymous with positive ambition, as is he,” Hawley says. “We are a movement company. Skateboarding is such a beautiful expression of movement and I love the story behind the journey of skateboarders, a group of people who zigged when everyone zagged and was ridiculed at first. It was a long journey of finally getting to the world stage and it’s exactly the kind of story we want to support.”

More from Ad Age: Everything you need to know about Olympics advertising

“I see parallels between Uber’s mission and my own, which is to help people fulfill their life’s ambitions,” said Hawk in a statement. “Whether it’s teaching people how to improve their skills on a skateboard or building more skate parks in underserved communities, I identify with this campaign’s message to go out there and get after it.”

Over the past year, Uber has tread the tricky waters of the COVID era with bold messages that thanked people for not patronizing its services and then showed its gratitude to those who got vaccinated. As the world started to open up, its spot for the U.K. market showed people finally emerging from their homes, ready to take on the world (though cautiously still wearing masks).

The Olympics push takes an even more optimistic turn with its scenes of people, sans masks, wholeheartedly taking on the world.

Next
Why Streaming Services Are Bingeing on Sports Rights Deals