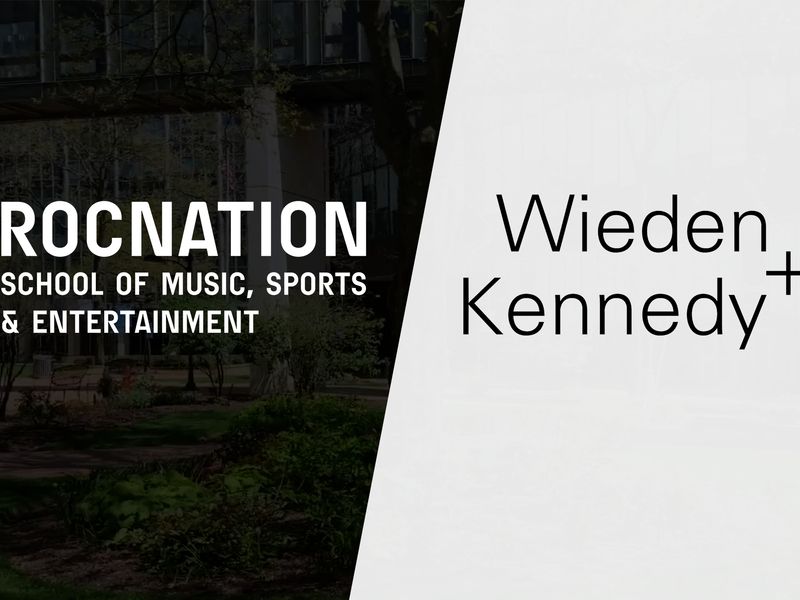 “How culture gets made is mostly a mystery,” says W+K creative director Michael Hagos, who will act as one of several class instructors from the agency. “We want to show more people how to get in the room, how to claim a seat at the table, and how to channel their unique voice and creativity to solve business problems.”

In addition to Hagos, students in the new Creative Promotion in Media course will have the opportunity to learn from staff such as the agency’s head of planning Dr. Marcus Collins, social copywriter Courtney O’Donnell and filmmaker Tania Taiwo, all of whom are New York-based.

The lessons offered by W+K to Roc Nation students, further details of which will be made available as the fall semester approaches, “will benefit them regardless of their career path,” says Long Island University President Kimberly R. Cline.

The new partnership with W+K follows a recent string of news out of LIU that has boosted the Roc Nation faculty’s profile, including the enlistment of accomplished musician Sam Newsome and producer 9th Wonder joining the Roc Nation school as instructors. Rapper Megan Thee Stallion also recently announced her plans to provide a full-ride scholarship for a student looking to attend the school.

Upon launching in August 2020, Roc Nation stated its mission to continually provide full-tuition “Hope Scholarships” to at least 25% of enrolled students.