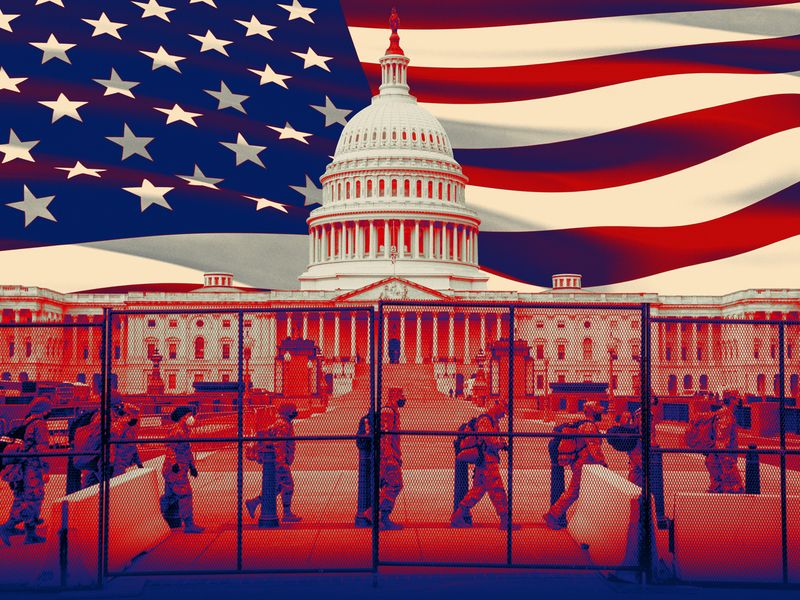 Leading Democrats in Congress promised to probe how digital platforms were used to inspire the attack on the Capitol last week. Many of the digital platforms like Facebook, Twitter, YouTube and Amazon have been reviewing their policies that enabled any violent groups to organize the insurrection and spread disinformation.

Both Facebook and Twitter even silenced accounts run by President Donald Trump after his posts last week were seen as directly inspiring the assault on Congress. The Washington Post reported that Frank Pallone Jr., a New Jersey representative, promised the House Energy and Commerce Committee would investigate and hold hearings.

The move is another sign that Big Tech will be in the spotlight in Washington this year, following multiple hearings last year that included visits from CEOs from all the major internet companies.

The e-commerce giant began taking down merch affiliated with the conspiracy group QAnon, another sign of the fallout from the insurrection in Washington last week. The Washington Post reported that it would take at least a few days for Amazon to take down QAnon-themed products from its online store. Amazon founder Jeff Bezos owns The Washington Post.

Amazon’s move comes after the violent rioters stormed the Capitol last week, and many were seen draped in QAnon paraphernalia. QAnon has been a source of online chaos, spreading lies that helped motivate the attack on Congress. The group bought into online propaganda that the election was stolen from President Donald Trump.

Digital e-commerce companies have been trying to drop their support of such sellers. Last week, Shopify was the first major online e-commerce platform to drop sellers of merchandise affiliated with Trump.

Twitter continued to try to clean up its messaging platform by newly blocking 70,000 accounts that were helping spread messages that have been encouraging political violence in the U.S. This week, Twitter punished accounts sharing messages like “stop the steal,” a reference to the lie that the presidential election was rigged against President Donald Trump.

The Twitter purge of accounts was starting to hit the world of rightwing media, with many conservative personalities noticing their follower counts dropping on Twitter. “I’ve lost 50k+ followers this week,” tweetes Sarah Huckabee Sanders, Trump’s former press secretary. “The radical left and their big tech allies cannot marginalize, censor, or silence the American people. This is not China, this is United States of America, and we are a free country.”

Facebook plans next steps to secure the new administration

Late Monday, Facebook outlined its next steps to protect the platform from bad actors who have been using any and all online platforms to organize insurrection. Facebook is working 24/7 to enforce its policies, the company said, including taking actions against users, Pages and Groups promoting “stop the steal.”

Facebook banned any references to “stop the steal,” the rallying cry of the rioters in Washington last week, who believed erroneously that the election was stolen from President Donald Trump. Facebook will also impose rules on posts that try to delegitimize the presidency of Joe Biden after the inauguration. Facebook said it would put a “label on posts that attempt to delegitimize the election results [that] will reflect that Joe Biden is the sitting president.”

Facebook noted that it removed the original “Stop the Steal” group from the platform back in November. On Monday, Sheryl Sandberg, Facebook’s chief operating officer, told Reuters that Facebook has been more effective, with more transparency, than most digital communications services combating extremism. Alternative social sites like Parler, a refuge for conservative voices banned from Twitter, is one apps that is now under the microscope for how violence could have been plotted there, for instance.