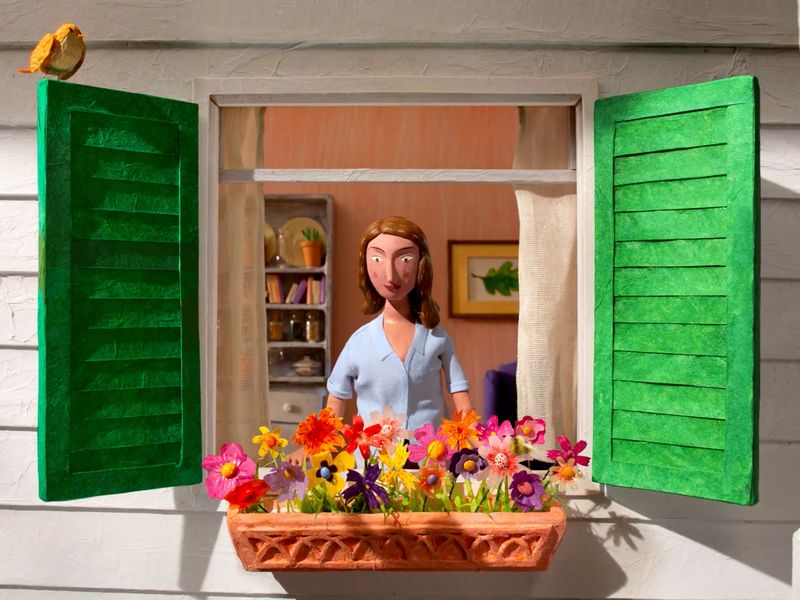 Can an ad campaign be both wonderful and maddeningly manipulative?

Yes. Case in point: Air Wick’s “One Square Foot” campaign (below). Depending on which version of the ad you see, you’ll hear an announcer declare that “We’re Air Wick, and what we do is bring the beauty of nature into your home” or “At Air Wick, we craft the essence of nature into authentic fragrances”—and then the camera takes us from an interior to an animated outdoor wonderland, replete with glorious wildflowers amid rolling fields, assorted adorable creatures (a bunny, a deer, a bird, etc.) and the occasional gentle human tending to nature.

As Ad Age’s I-Hsien Sherwood reports, what we’re seeing is stop-motion animation from London-based Blink Ink that “makes use of recycled papers, natural paints and other environmentally friendly materials”—a process that took “hundreds of thousands of individual shots, 200 hours of set design, 150 hours of paper folding, 100 hours of shooting and 25 puppets.” It’s both gorgeous and cute, and it rewards repeated viewings.

As an announcer explains in voice-over, “Since 2009, we’ve lost 33 million acres of wildflower and grassland habitat in the Great Plains; that’s half the size of Colorado.” And so Air Wick Scented Oils is partnering with the World Wildlife Fund to help reseed 1 billion square feet of wildflower and grassland habitat—“one square foot at a time.” (The ad doesn’t say so, but it’s a three-year plan.)

Feel the warm-fuzzies yet? Of course you do. Who doesn’t love wildflowers and bunnies and birds? And since Air Wick doesn’t address causality, it neatly sidesteps the third-rail issue (spoiler: climate change) at play in the Great Plains crisis.

Elsewhere, Air Wick goes to great pains to make its products seem oh-so-natural; the blister-packs for its scented oils, for instance, have large type that reads “contains natural Essential Oils™.” And the website of parent company Reckitt says that the product contains “Nothing but the ingredients you need.”

Remember, as the announcer in the ad says, what Air Wick does (or says it does) is “craft the essence of nature into authentic fragrances.”

In the end, “One Square Foot” is a beautiful, maddening manipulation—a way to rewire your brain, with a bit of earnest greenwashing, to accept the logic that Air Wick brings “the beauty of nature into your home.”