See how McDonald’s will advertise its new crispy chicken sandwiches 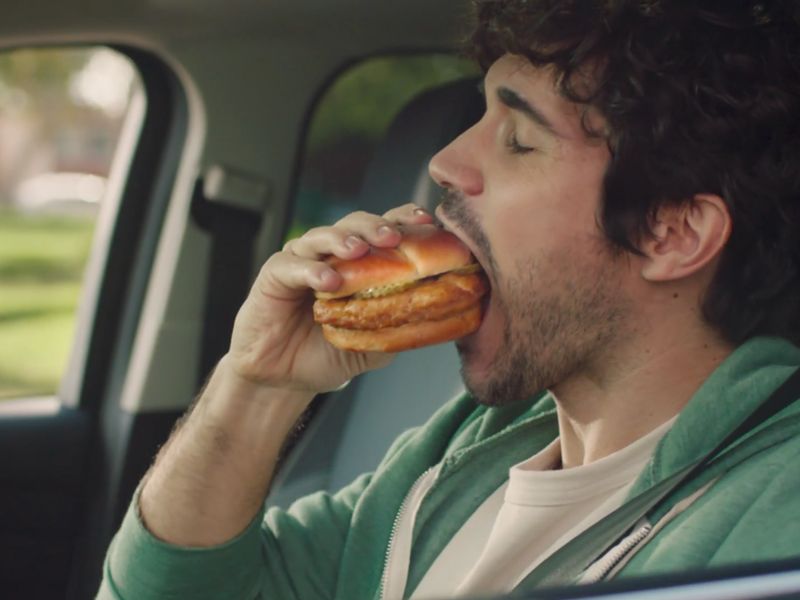 In the main spot, Cox touts the sandwich as being “from the maker of the world’s most stolen fries,” and mentions how the chain offers extra napkins while showing people eating Quarter Pounders. He also says the new chicken sandwich comes “from the creators of a sandwich phenomenon,” a reference not to this sandwich, but to the cult-favorite McRib.

The campaign gives viewers a closer look at the three types of chicken sandwiches—classic, spicy and deluxe—building upon social media mentions McDonald’s has used to tease their arrival. It follows the $5 sneaker style merch “drop” on CHKNDrop.com on Feb. 18 that hyped the launch with swag such as hoodies and almost instantly sold out.

“The excitement we’re seeing from customers, restaurant crew members and our franchisees around this new sandwich has been incredible, and that energy is definitely reflected in our advertising,” Jennifer Healan, McDonald’s VP of U.S. marketing, brand content and engagement, said in a statement.