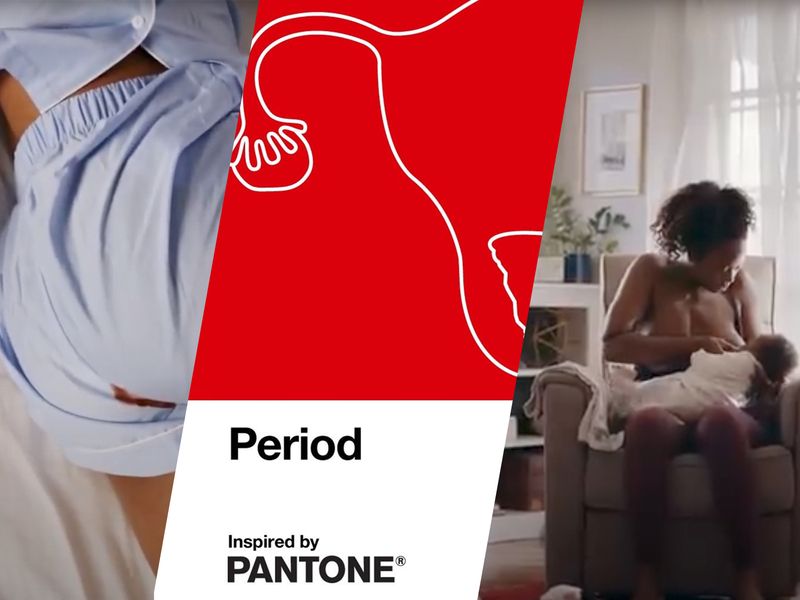 Disgusting. Inappropriate. Shocking. Graphic. Offensive. These are just a few of the ways consumers have described Thinx’s most recent commercial, which shows a very relatable scene of blood-stained sheets.

Today, on Menstrual Hygiene Day, we want to use this moment to address how people still tiptoe around the topic of such a natural occurrence and how brands can help destigmatize the realities of the human body.

Pantone had people buzzing in 2020 after it introduced a new shade called “Period Red” to combat outdated attitudes toward periods. From breastfeeding and bladder leakage to something as common as menstruation, it’s critical to address and normalize natural processes that more than 50% of the population goes through.

We see large companies dance around topics all the time. Perhaps it’s for fear of “cancel culture” or backlash, but it is time to start having honest and open conversations around menstruation and other taboo topics. Consumers want this!

Together with PERIOD, we recently commissioned State of the Period 2021: The widespread impact of period poverty on U.S. students and learned that nearly three-quarters (72%) of young adults wish there were more vocal advocates talking about issues associated with periods. They are increasingly expressing they want the conversation to be normalized—but not everyone is ready.

It’s on us as marketers to destigmatize these topics and create the open, honest dialogue consumers are seeking. Here’s how brands can change the landscape:

Double down on paving the way

Rather than pulling back, brands need to make the decision to double down. Increase your investment and reaffirm your commitment to stand at the forefront of normalizing, educating and legitimizing conversations that truly reflect the human experience.

In order to bust a taboo, you have to start by marking and confronting misinterpretations or limiting social constructs. The reality is that showing what people think is “upsetting”—helping them visualize the realities so many face on a regular basis—will in itself will break down the stigma. With our ad, we tested the spot both with and without the blood stain and the more effective version was the one that reflected our audiences’ common experience with leaks—proving that the truth sells.

The report also showed us that 65% of those surveyed believe society teaches people to feel ashamed of their periods. What needs to change? We need to demonstrate more empathy. Having authentic representation and being sensitive to what actually happens behind closed doors lands because your audience feels supported and understood.

Around the topic of menstruation, we need to wake people up to what is actually disturbing—a stain on the sheets is not the horrific part; rather it’s when a woman’s confidence is undermined by shame that society continues puts on periods and leaks.

Let people say you’re promoting things that “shouldn’t be talked about.” Helping to change the conversation will be worth it.

Next
4 tips for better performing video ads on LinkedIn