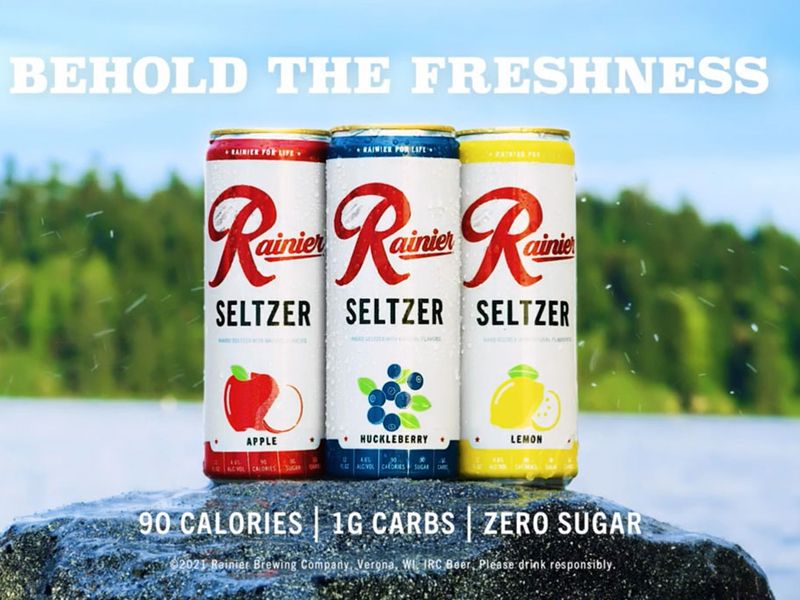 Goldstein is a roster agency of carbonated water company SodaStream, which helped support the initiative by providing each employee with their own SodaStream machine.

“The first duty of a positive behavior-change agency is to help team members change their own behavior for improving their daily lives,” Mark DiMassimo founder and creative chief of DiMassimo Goldstein told Ad Age. “We know a better day starts with water, and it’s a simple behavior change to improve mental health. While working with our client SodaStream on their Earth Day campaign, we got to see just how compelling and tasty daily hydration can be. It was a win-win to offer a fun hydration challenge, while also providing every single team member at DiGo a SodaStream to be in the hydration game.”

The contest ended in a tie but all participants were fully hydrated.

Chris Foster is the new CEO of Omnicom Public Relations Group, taking over for John Doolite who was serving as interim CEO and will become chairman of OPRG. Prior to this, Foster served as WPP’s BCW’s North America president for over three years.

OPRG had been seeking a CEO since January of last year, when former CEO Karen van Bergen departed that role to become dean of Omnicom University, as reported by PR Week.

Havas Creative has promoted Mark Sinnock to the newly created role of global chief strategy officer. Sinnock joined Havas in 2015 and previously served as the head of its UK and European strategy.

He will assume overall strategic responsibility and direction for all Havas Creative agencies globally, across its 67 integrated Villages, in addition to his existing UK Village remit. Specifically, he has been tasked with driving further integration of its dedicated customer experience network, Havas CX, which launched last year.

“The beauty of Havas CX is that it was born inside Havas Creative, which has given us the ability to look at the total customer experience across the spectrum from brand communications through to engagement and loyalty,” Sinnock said in a statement. “The past 12 months has proven that CX is the foundation on which brands can build more meaningful relationships that drive business performance. That’s why we’re making a conscious effort to put it at the very heart of our approach across the board.”

Omnicom-owned 180 NY, part of the larger 180 network, has brought on Jason Chebib, former VP of consumer planning at Diageo North America, for the newly created role of head of strategy.

“We’re excited to welcome an experienced strategist like Jason to the New York team at a pivotal moment in the early stages of 180 NY, coinciding with the launch of our consultancy practice and overall growth of 180 globally,” Sander Volten, 180 global CEO, said in a statement.

Chebib will oversee the launch of the agency’s consultancy practice, 180 Thinking, in the New York office and report to 180 NY President Evan Weissbrot.

“We’re adamant about harnessing innovative strategies to better connect with clients and consumers on a human level, which, in turn, drives massive organic growth,” Weissbrot said. “Jason understands that implicitly, and we’re excited for him to bring his proven strategic skills to the table and drive business forward.”

Since the New York office’s launch in January, it has grown in size from eight employees initially, to over 20 now. The agency has also brought on brands like Rockstar, Under Armour, Pepsi, Mirinda and Mountain Dew for global projects. One of its most recent success stories was the transformation of Slim Jim’s online presence into a meme-driven consumer lifestyle brand and growing its Instagram following from 10,000 to 1.3 million.

Work & Co has brought on Angela Carola, for a newly created role as the digital agency’s director of marketing.

She most recently spent five and a half years at the Webby Awards, where she served as managing director at the International Academy of Digital Arts and Sciences and Industry Relations—overseeing the judging academy and developing ways to share digital best practices and insights. Carola earlier spent time on the publishing side at Ad Age in a variety of sales and marketing roles, launched the integrated marketing team, and oversaw its global events business.

Labelium Americas launched Labelium Play, a full-service division dedicated to high-engagement platforms such as video, gaming, audio and  high-impact display. The new unit will be based in Chicago and led by Clayton McLaughlin, managing director of Labelium Chicago. The office will act as a digital media, planning and buying service that integrates brands into high-engagement platforms.

72andSunny Amsterdam has brought on Ben Armistead as executive strategy director, replacing Stephanie Feeney who left after nine years at the agency, a spokeswoman confirmed.

“Steph has been instrumental in building 72andSunny Amsterdam from a small shop to bringing 100+ of the world’s most diverse, talented makers and doers together under one roof. She’s helped nurture our people and she’s been the author of transformative brand strategies for Google, Axe, Samsung and Smirnoff. We will miss her humanity and wit, but we will continue to cheer for Steph and her family as she steps away from the agency world,” 72andSunny said in a statement to Ad Age.

London-based agency Common Industry has brought on Simon Robertson for its newly created strategy partner role. He formerly held senior roles at BBH, Wieden+Kennedy and Anomaly UK, where he was head of comms strategy and helped grow the agency from 15 to 100-plus staff.

Next
Opinion: 3 ways brands can break taboos and drive conversation