Warning: The magic method Vc_Manager::__wakeup() must have public visibility in /home/tandp/public_html/wp-content/plugins/js_composer/include/classes/core/class-vc-manager.php on line 203
 How TV networks adapted in the pandemic – T+P Advertising

How TV networks adapted in the pandemic 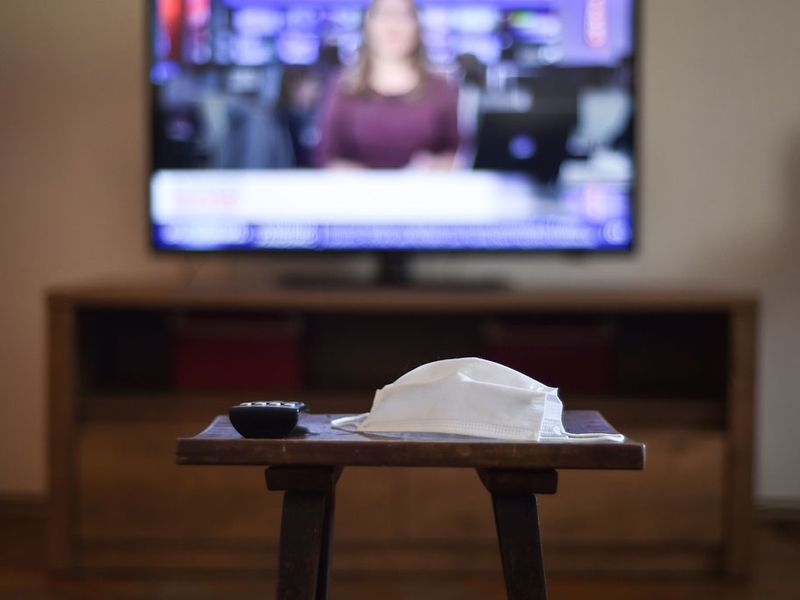 It seems all it takes is a pandemic to get people to watch TV again.

With no place to go, COVID lockdowns generated a surge in demand for TV content. Traditional networks, which spent the last several years vying for eyeballs that were increasingly turning to digital outlets, witnessed impressive ratings gains during the height of the pandemic, even if they tapered off once restrictions loosened.

By going inside the homes of top talent, TV networks were also able to create a new sense of intimacy and connection during a time of isolation.

Here’s a look at how TV networks adapted amid live sports blackouts and production shutdowns.

Stephen Colbert, Jimmy Fallon and Jimmy Kimmel quickly started producing shows from their homes shortly after lockdowns began. These stripped-down versions—often shot on iPhones—featured Colbert in a full suit delivering his monologue in a bubble bath and a tour of Fallon’s home (including cameos with his young daughters). The pandemic also brought us new content from celebrities who were at home with nothing to do. John Krasinski’s “Some Good News” garnered plenty of attention and praise for its feel-good stories and positive news at a time of so much grief and fear. The YouTube show garnered more than 75 million viewers and 2.5 million subscribers in just two months before ViacomCBS acquired it.

As interest in sourdough starters and intricate focaccias flourished amid lockdowns, so did Food Network’s ratings. The cable channel was able to capitalize on the home-cooking craze by quickly shifting its programming strategy to produce many of its shows from the real kitchens of its celebrity chefs and created new pandemic specials. During the second quarter, Food Network posted its best primetime rating since 2013. The network helped raise awareness for restaurants that continue to struggle during the pandemic, with Guy Fieri ordering take-out from eateries he previously featured on “Diners, Drive-Ins and Dives.”

With all major live sports shut down, ESPN had to get creative. Sport-starved viewers tuned in record numbers to the 10-episode documentary series on Michael Jordan’s last season with the Chicago Bulls. “The Last Dance” became the most-watched documentary on ESPN. The doc was originally slated for June, but ESPN moved it up to April to give sports fans something to watch. The documentary also garnered praise for State Farm’s innovative sponsorship.

The sports network also hit ratings records for its virtual National Football League draft, which brought viewers inside the living rooms of NFL hopefuls and the offices of coaches. Opening round averaged 15.6 million people across ABC, ESPN and NFL Networks, up 37% from 2019, making it the most-watched first round of the draft in its history.

As COVID hit the U.S. in March, TV networks scrambled to rethink their spring upfront presentations, when they showcase their fall content for marketers and agencies. While most networks ended up streaming some form of a digital presentation in late spring, NBC Universal opened up its dog-and-pony show to the masses in an unconventional way. The peacock staged a reunion episode of “30 Rock” that incorporated product placement and promotions for its upcoming series on its broadcast, cable and streaming channels. But some NBC affiliates chose not to air the special due to its focus on NBCU’s new streaming platform, Peacock.

Pandemic lockdowns forced production delays of many fall primetime shows, forcing broadcasters to think outside of the proverbial TV box. Most leaned heavily on reality programming and acquisitions of international shows that had already been produced. NBC brought in the Canadian medical dramas “Transplant” and “Nurses” to fill the void left by “New Amsterdam,” which was unable to resume production. Fox moved planned summer shows, which were already shot pre-pandemic, to the fall to fill empty slots, while The CW postponed its new season until January 2021. CBS added the first season of “Star Trek: Discovery,” which airs on its streaming platform CBS All Access, to its fall lineup. It also picked up shows like “Manhunt: Deadly Games,” a Spectrum original, and Pop original “One Day at a Time.”

With movie theaters shuttered, studios delayed the launch of dozens of high-profile releases. But early on in the pandemic, a few experimented with debuting films direct-to-consumer. Universal’s “Trolls: World Tour” and “King of Staten Island” were released straight to on-demand platforms. Then Disney released its Pixar animated movie “Onward” directly on its Disney+ streaming service, following by its $200 mullion live-action “Mulan,” which subscribers had to pay $30 to watch. But the biggest move to upend traditional movie windowing came at the end of the year, when AT&T’s WarnerMedia announced its entire slate of 2021 films would debut free to all U.S. subscribers of its streaming platform HBO Max at the same time they hit movie theaters.

Next
Agency shotgun marriages of 2020